Justin is an experienced member of both the business and recovery community. Addiction and Entrepreneurship have been features of his family life as well as personal. For over a decade, Justin has successfully run businesses in several fields, coming from a family business background. He believes firmly in quality care and strong post-treatment programs and insures his staff is empowered to deliver it.

Joe oversees the day-to-day operations at both PA and NJ locations. He prides himself in making sure that each client gets the care and treatment they deserve. In his spare time, Joe enjoys practicing yoga and spending time outside whether at the beach or on a hike. Joe is a RYT-200 certified Yoga Teacher and focuses on trauma sensitive yoga for people in recovery and incarceration.

Ryan spent over a decade struggling to fight his addiction to heroin. He has now been in long-term recovery for 8 years. Ryan resides in Lancaster County with his wife and two beautiful children. Ryan comes to us with an immense amount of experience working within the substance abuse field ranging from admissions, operations and business development. Ryan believes that it is imperative to provide an outlet for those struggling with the disease of addiction. He has made it his life's work to give hope to individuals and their families that treatment works and recovery is possible. Ryan looks forward to bridging the gap between access to treatment and aftercare, strengthening alumni services, and breaking the barrier for increasing life skills and opportunity for those seeking to change their life in recovery.

Steven obtained his Associate Degree from Montgomery County Community College and his bachelor’s degree in criminal justice from Temple University. After reaching his bachelor’s degree, he attended Chestnut Hill College to obtain his master’s degree in counseling and Clinical Psychology. For 9 years, Steven has served members of the recovery committee through his work as a therapist. He became a full-time therapist in 2013 and began as DBT therapist in 2015. Steven is currently a part of Rise Above as a therapist for Montgomery County Drug Court. Steven brings a wealth of experience with Dialectical Approach and intergeneration of the 12 step philosophy to Sobriety Solutions.

Steve found his passion for helping others in 2007 while working at a social learning school for individuals on the Autism Spectrum. There he worked with teenagers teaching social skills and aiding students with academic and behavioral challenges. As a committed social work student, Steve has worked with intellectual and developmentally disabled populations in both individual and groups settings. He has been an advocate and volunteer for Special Olympics for 10+ years and had contributed to organizing and executing community-based events. Steve has always focus on a person strength rather than limitations. He brings the same belief when working with clients with Substance Abuse Disorder. As a person in long-time recovery, Steve finds motivation and clarity in the belief that the therapeutic value of people in recovery helping each other is without parallel. Steve utilizes Cognitive Behavioral Therapy (CBT), in addition to 12-step philosophies and principles.
Steve received his Bachelor’s in social work from Rutgers University. Steve is currently enrolled in Rutgers University Masters of Social Work program. Steve is working toward becoming a Licensed Social Worker (LSW) and Licensed Clinical Alcohol and Drug Counselor (LCDAC).

Debra started in the substance abuse field in 2005 and have held multiple positions as Admissions Coordinator, Financial Counselor, Billing Specialist, and now Director of Admissions for Sobriety Solutions. Debra is dedicated to helping those that struggle from addiction and offers years of experience to those she connects with. Debra’s motto is as long as we remain teachable, there is hope. Debra carries this lesson throughout her life, personally and professionally.

Dr. Chazin, graduate of Tufts Medical School has extensive experience in the Field of Addiction Psychiatry and has been working with the young adult population for over 30 years. Dr. Chazin serves as the Director of Psychiatry at Stockton University where he Supervises the Wellness Program, evaluates, and treats students Since 1985.

Kelly Efchak is a Licensed Clinical Alcohol and Drug Counselor (LCADC) and a Licensed Associate Counselor (LAC) working towards becoming a Licensed Professional Counselor (LPC). She is also a Qualified Substance Abuse Professional (SAP) which allows her to perform substance abuse evaluations for Department of Transportation employees. She obtained her BA in Psychology and MA in Counselor Education.
Kelly has been working in behavioral health services for over 15 years, where the majority of her experience is treating adults with substance use disorders. Kelly has worked in every level of care treating individuals and families struggling with chemical dependency and co-occuring disorders. Kelly also worked with individuals with disabilities as an Employment Training Specialist and assistant softball coach for Kean University. Kelly served as the Clinical Coordinator for a detox/residential treatment facility in 2009 and in 2012, she moved into the role as the Community Relations Coordinator. Kelly continued her work in community outreach and has 9 years of business development experience.
Kelly works part-time in private practice doing individual counseling and substance abuse evaluations, and is also a volunteer member of the Jefferson Township Rescue Squad as a first responder/EMT.

Kandace specializes in working with individuals who are struggling with Substance Use Disorders and Co-Occurring Disorders. In watching loved ones struggle with mental health and addiction issues, she decided she wanted to learn the skills to make a difference. Kandace graduated from West Chester University with a Bachelor’s in Psychology. She is currently pursuing a Master’s degree in Clinical Mental Health Counseling from Immaculata University (to be conferred August 2019), and hopes to attain a License in Professional Counseling. Kandace is passionate about helping others, using an integrative approach, pulling from a variety of therapeutic modalities. These include Cognitive Behavioral Therapy (CBT), Motivational Interviewing (MI), and Solution-Focused Interventions.

Jean graduated from Georgian Court University with a Bachelor of Arts degree in Special Education in 2007. She then went on to attend Grand Canyon University where she received her Master of Science of Addiction Counseling degree in 2019. Jean has also obtained her License for Certified Alcohol and Drug Counselor in the state of New Jersey.
Jean has training in many modalities of treatment including, Cognitive Behavioral Therapy, Dialectical Behavioral Treatment, Motivational Interviewing, and Crisis Intervention. Jean brings her education along with compassion, hope, and healing to all of the clients she works with.
Jean has worked in many treatment settings including inpatient, partial hospitalization, intensive outpatient, as well as in an outpatient setting. She is excited to be a part of the Sobriety Solutions program and is always eager to further the foundation of this program alongside her treatment teams. She hopes to always be approachable, available, and a resource for all she works with and for.

Kim is the Office Manager here Sobriety Solutions in our PA office. She brings personal and professional experience to the world of recovery and is able to relate and help someone feel comfortable in an otherwise uncomfortable situation. She is passionate about helping people who suffer from the disease of addiction find the solution in 12-step meetings. Kim is currently enrolled at Montgomery County Community College working towards an Associate’s Degree in Human Services. Her goal a to work towards earning at CADC Certificate. Her mission is to guide clients toward the realization that they are not defined by their past decisions and that anyone can recover.

Lexi brings more than three years of experience working in the field of addiction treatment to Sobriety Solutions and is currently our Director of Alumni Services & Outreach Coordinator. She is inspired each day by the individuals who are willing to walk through the rough roads of vulnerability to embrace the changes that their recovery will bring. Lexi is dedicated to staying connected with alumni and providing support services for their first year in recovery and beyond, as well as providing opportunities for alumni to give back to others who are just beginning their recovery journey.

Other policies accepted as well. For example, the rehabilitation services Bucks County, PA offers might have different policies than our locations in New Jersey. Please call us for more details.

Other policies accepted as well. 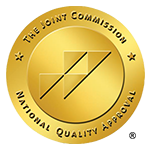